This year, the Fun Food Feed will be featuring longevity blue zone regions (BZ) from around the world, and dishes inspired by them.

A blue zone region is a “small, homogenous geographical area where the population shares the same lifestyle and environment and its exceptional longevity has been scientifically proven.”

The term blue zone was reportedly coined in 2000 by Belgian demographer Michel Poulain and Italian physician Gianni Pes, while researching centenarians in the mountains of the Nuoro Province of the Mediterranean island Sardinia, Italy.

Poulain was first introduced to Pes, and the region, when Pes presented his paper detailing his past five years researching the history of 1000 Sardininan centenarians, and examining ~200 of them, at an international longevity conference in Montpellier, France, in October 1999.  Suspecting misreporting, Poulain traveled to Sardinia in January 2000, and after meeting its inhabitants and reviewing documentation, decided to move forward with a large longevity study of the region with Pes.

Poulain and Pes drew concentric blue circles on their map as they zeroed in on the region of highest longevity, and began referring to the area inside the circle as the blue zone.  The term was first publicly used in an article by Poulain, Pes, and six colleagues, published in Experimental Gerontology in 2004, sharing their discovery of the centenarian population in Sardinia.  1, 2, 3

Their research drew the attention of National Geographic explorer and researcher Dan Buettner.

Together, Buettner, Pes and Poulain, broadened the term blue zone, and applied it to the scientifically validated longevity areas of Okinawa, Japan, and to Seventh Day Adventists of Loma Linda, California.

Buettner, Poulain, and a team of researchers, then began searching the globe for more Blue Zones, under the aegis of National Geographic, discovering areas in Nicoya, Costa Rica and Icaria, Greece.

Nine shared lifestyle habits were found in all five populations:

In 2003, Buettner founded the LLC Blue Zones®,  its stated goal to “put the world’s best practices in longevity and well-being to work in people’s lives.”

In November 2005, National Geographic published Buettner’s cover story on longevity, “The Secrets of Living Longer,” sharing the tale of his and his colleagues’ travels and discoveries.

In 2008, Buettner’s first best selling book, The Blue Zone: Lessons for Living Longer from the People Who’ve Lived the Longest, was published by National Geographic Books.

In 2009, the Blue Zones Project® was launched by Buettner, in partnership with non-profit AARP and share-care company Healthways.  The projects’ program began bringing the “Power Nine” shared Blue Zone principles to US communities.  Their strategy focused on optimizing the health environment instead of individual behavior change, making the healthy choice the easiest, to help people “live longer, better.”

The first community chosen was Albert Lea, Minnesota.  With the outcome of a life expectancy increase and health care cost decrease of ~40% reported.

In 2010, the Project team partnered with public agency Beach Cities Health District in Southern California to apply Blue Zone principles to Redondo Beach, Hermosa Beach, and Manhattan Beach.  BMIs lowered by 14%, smoking by 30%, with an increase in healthy eating and exercise.

In the following years, the Blue Zones Project has been brought to the state of Iowa, Hawaii, Fort Worth (Texas), Naples (Florida), South Bend (Indiana) and Klamath Falls  (Oregon).  4, 5

The blue zone region community of Okinawa, Japan was known for their long average life expectancy, high numbers of centenarians, and accompanying low risk of age-associated diseases.  Much of their longevity is thought to be related to their healthful traditional diet.

This diet diverges somewhat from other regions of Japan.  Their anti-inflammatory, anti-oxidant-rich diet was mainly based (~90%) on colorful vegetables and beans.  Their main source of calories was purple and orange sweet potatoes.

Recited before every meal was the phrase hara hachi bu, which translates to “eat until you are 80% full.”

A quintessential traditional Okinawan meal is said to be comprised of the following dishes:

This Okinawan population’s eating patterns, as found in other blue zone regions, were not by conscious choice, but by accessibility related to affordability and region.  Farming, fishing, carpentry and weaving were their main industries.  Staple foods were what grew locally.  Sweet potatoes and vegetables grew well in this sub tropical region of islands, while rice did not.  The average family could not afford meat, nor processed foods such as sugar, salt, oil or imported white rice.

Following World War II, increasing economic prosperity and western influences have brought change to the region.  Within the past two generations, high-calorie, processed, Western-style food and animal product consumption has increased, while physical activity has decreased.  Okinawans’ BMIs have gone from the Japan’s lowest to highest.  Lung, breast, and colon cancer rates are reported to have nearly doubled.

In recent years, public health professionals inspired by the remaining Okinawan centenarians who have maintained their traditional diets, have been organizing a movement to re-educate younger generations about the health, family, and societal benefits of traditional diets. 6, 7, 8, 9

This Winter’s Featured Recipe is for Centenarian-Style Roasted Sweet Potatoes.  Orange and purple sweet potatoes are the main staple food in the traditional diet of Okinawan centenarians.  Sweet potatoes arrived in Japan from the Americas ~400 years ago, and took well to Okinawa’s rich volcanic soil.  In colder months, they are often stone-roasted, and enjoyed out of hand, crispy skin and all.

Purple sweet potatoes are high in the antioxidant phytonutrients anthocyanins.  Orange sweet potatoes are exceptionally high in fat-soluble antioxidant beta-carotene (aka vitamin A).  Baking them, and eating them with healthy fats, such as those found in walnuts, soy beans, and sesame seeds, optimizes absorption.  Sweet potatoes are also high in heart-healthy potassium, gut-microbiome-healthy fiber, wound-healing antioxidant vitamin C, and B6 for adrenal & neurological health.

Legumes were found to be a staple for all five Blue Zone populations.  Soybeans play a prominent role in Japanese cuisine.  Fresh edamame soy beans are boiled and eaten straight from the pod.  Dried soy beans are boiled, pureed, and filtered to make soymilk.  Tofu is made from soymilk to which a coagulant has been added, much in the way mozzorella cheese is made.  Soy beans are salted and fermented to make shoyu sauce, miso, tamari and natto.  They are high in all essential amino acids, neuro-health anti-inflammatory omega 3s, B vitamins, minerals, fiber and phytoestrogens, which research indicates can have protective effect against cancer.

Sweet potatoes can be enjoyed in both savory dishes and desserts.  Roasted sweet potatoes can be customized with a wide variety of delicious toppings.  Some topping ideas are listed in the recipe ingredient list below, including a creamy sesame sauce.

1. Bake sweet potatoes on baking sheet at 350F until soft and producing syrupy juices, ~60 minutes.  Let cool slightly, until can be handled safely. 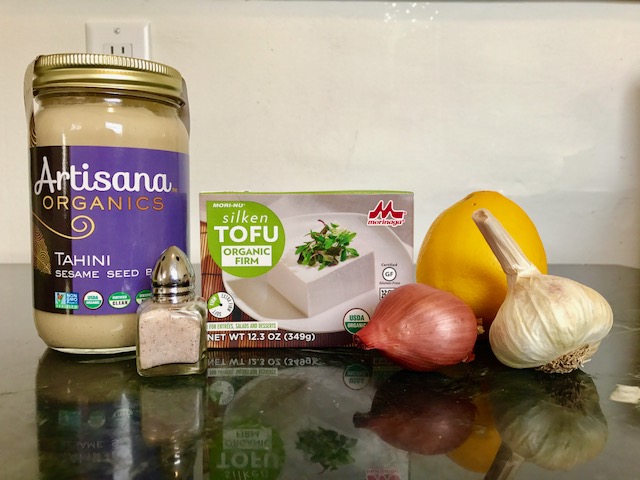 1.Place ingredients in blender, and blend until a smooth, creamy consistency. 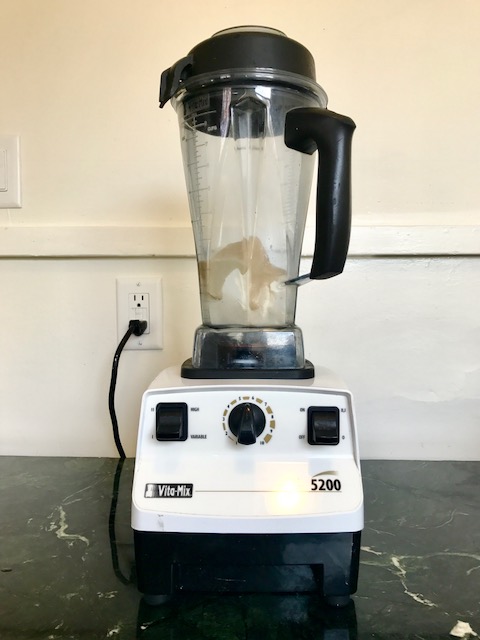 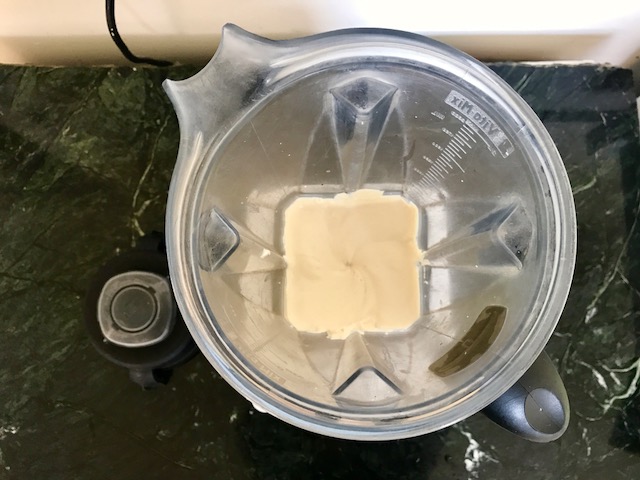 9. Willcox, Donald Craig, Giovanni Scapagnini, and Bradley J. Willcox. “Healthy aging diets other than the Mediterranean: a focus on the Okinawan diet.” Mechanisms of ageing and development 136 (2014): 148-162.